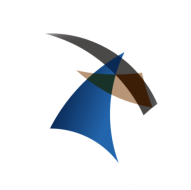 Ordering of camps and routes Balanced protection modules of two driven by one are equipped with overdischarge protection, overcharge protection, over-temperature protection and output overload protecting circuit for lithium ion battery, which provides perfect working protection for lithium ion battery.The internal connection of this product uses military cylindrical connector, which boasts safe and reliable work, long service life and good weather fastness. The battery pack is small with module combination and portable units which are convenient for carriage in packsacks and transfer by hand. Power generation and storage have different operating characteristics and electrical interfaces. Power storage battery has relatively independent control and is interconnected with power storage converter and load equipment for different voltage and realizes the echelon use and independent discharge and charge of battery based on the changes with electrical load. The system will be designed based on the functional modularity and brick-pattern installation and be equipped with flexible configurations within limits to enable easy site installation, plug and play and movement in a flexible way. In addition, the display and control function of equipment operational condition and data can be realized through the data uploading port and mobile terminal to facilitate the integrated dispatching of main control system and operational maintenance of administrative staff, which has improved the usage experience for clients. Technical parameters of WEMOVE voltolization and float water purifying plant: voltolization and float water treatment plant is the integration of relevant technologies including electronics, hydromechanics, electrochemistry and separation science and is an inno- vative water treatment technology. Under the function of external electric field, there is polarization between foreign particles and hydrones. With the reduced hydration and neutralization of compressed double electric layer and absorption charge of hydrophobicity colloids, lyophilic colloid collides with each other and creates agglutination based on the flow pattern design. Many micro bubbles generated by electrolysis fully combine with colloidal particles and a few polyelectrolytes are added for absorption and bridge effect. By the separation and filter units of high-effect reaction, source water and washes are quickly purified. The disposed water can reach the reuse standard for bath. this technology adopts the internationally advanced membrane bioreactor, which mainly consists of membrane modules and membrane bioreactor. Plentiful microorganisms (activated sludge) have abundant contacts with ground substances (degradable organics in waste waters, etc.) within the bioreactor and maintain their own growth and breeding by metabolism through oxygenolysis and the organic pollutants are degraded at the same time. Membrane modules can realize the solid-liquid separation of waste water and sludge mixed liquor via mechanical picker and interception. Macromolecule substances return to the bioreactor after being concentrated so as to avoid the loss of microorganism. The organic combination of biological treatment system and membrane separation modules has not only improved the effluent quality of the system and the stability of operation, but also prolonged the hydraulic retention time of degradation-resistant macromolecules in bioreactor and enhanced the removal effect of the system against degradation-resistant substances. Disinfection is used for effluent, which can kill remnant bacteria in sewage and the effluent can be discharged when every water quality index reaches the standard. WEMOVE campsite supporting car integrates various R&D technologies of WEMOVE. Power generation, power storage, bathroom system and black water purifier are integrated on this modified car, which can provide a more convenient and complete service support system for campsites whenever and wherever possible. It is more comfortable in use compared with traditional motor homes. At the same time, it is equipped with environmental protection and treatment device which can treat immediately after use and cause no pollution to neighboring environment. It no longer depends on infrastructure grid with a broader space of application.